I must go down to the sea again... 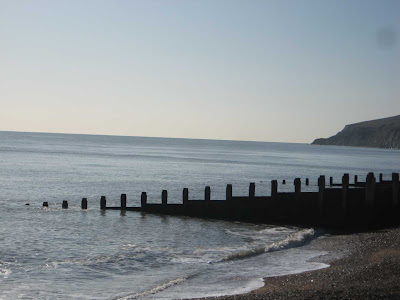 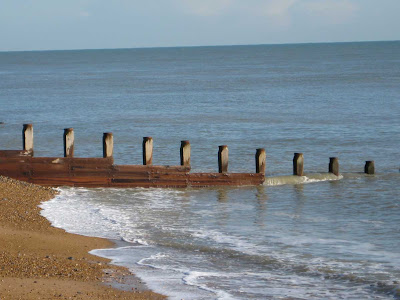 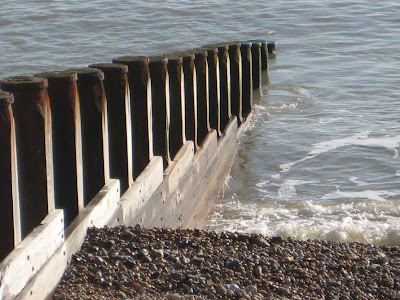 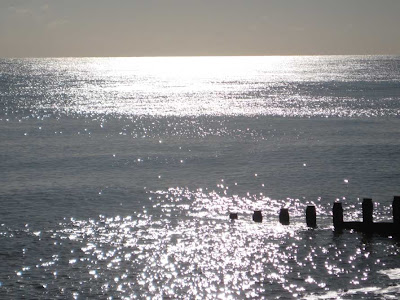 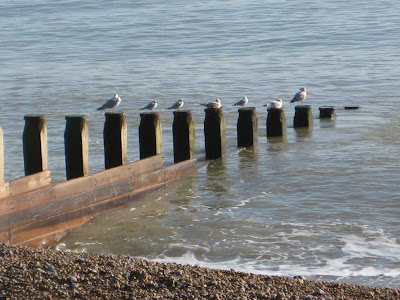 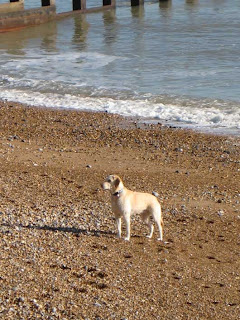 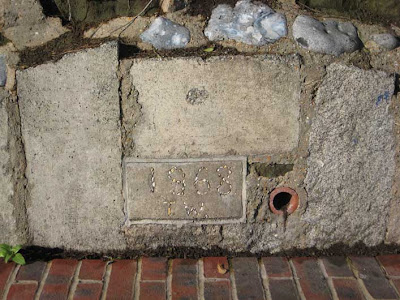 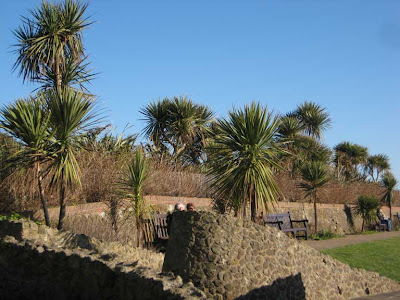 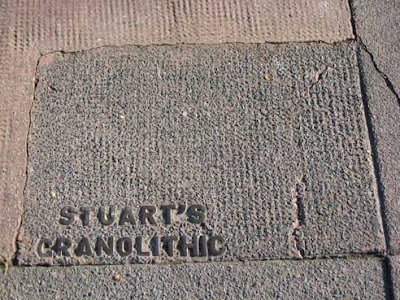 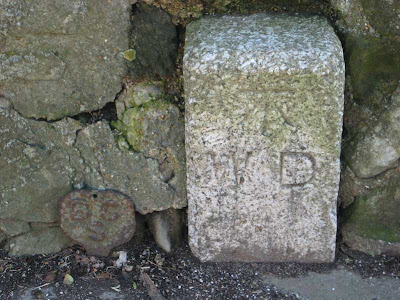 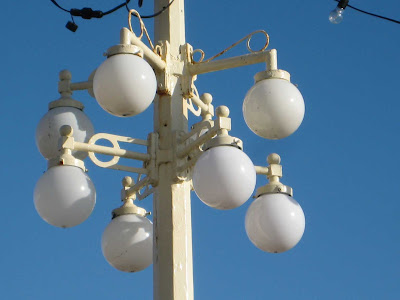 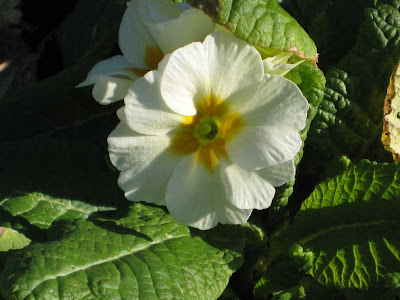 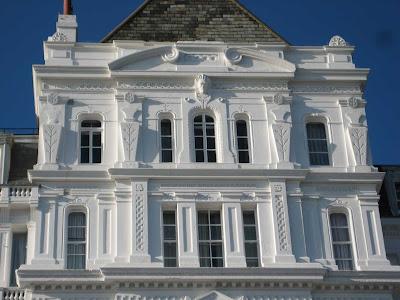 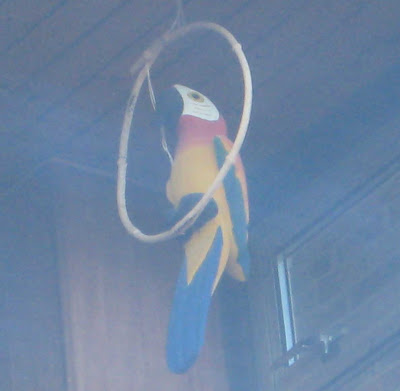 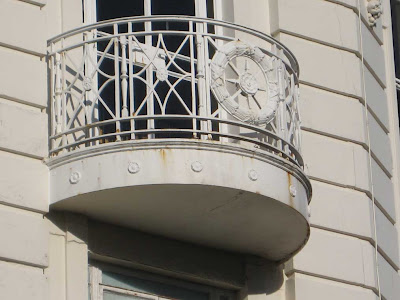 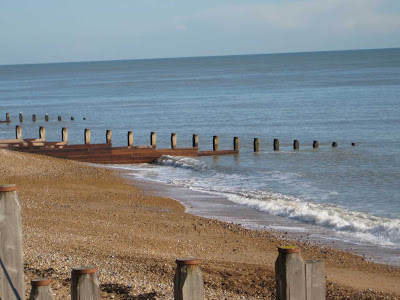 Mona Lisa Part 5, the final one

We are sailing in the North Sea still, en route to Bremerhaven and the end of the cruise;

the pilot arrived by helicopter and saw us safely into the port by 11 a.m. After an early Lido Deck breakfast under a grey sky, it was time for last minute photos and goodbyes, and on my way out I managed to go and see an empty cabin A42 which I had occupied before.

Buses left from outside the Columbus terminal to go to the rail station in Bremerhaven, so in a short time we were on our way to Rotterdam. 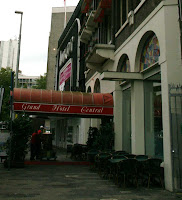 We had booked to stay overnight at the Grand Central Hotel, and my goodness that was something of a revelation. Built in 1917, it had many of its original fittings and charms and our cameras were in use again. It was a very basic but clean and adequate establishment, despite some initial misgivings, and excellent value for a city hotel.

When in Rotterdam where does one go for a meal? The old Holland-America Line building of course, known as The New York Hotel, down by the water and fairly near the Erasmus Bridge. I do enjoy going there whether for a cup of coffee or a meal, and that night was no exception.

Ships seen: Maersk Singapore, Chiquita Nederland, car carriers at anchor, and something being towed that looked like two woks on a platform.

We have to leave Rotterdam today and head for our homes in the UK, but first there was time for a very special treat: we were going to see the good ship ROTTERDAM, now back in Rotterdam! I had seen her arrive in August 2008 and enjoyed my very first sight of the ship then, so it would be interesting to see how the work on her was progressing to make her into a static hotel ship.

Passing some shops on the way down to the water I just had to photograph this shop window, which was not what it appeared at first sight. There was time for coffee at the Maritime Hotel amongst its many ship models and memorabilia; then as we made our way to the nearby Spido ferries landing stage we could watch the famous trams go past, before getting tickets for a 75 minutes sail on the MARCO POLO – no, not that one, but the 1995-built diesel engined little passenger craft, licensed to carry 500 passengers around the river and port. It was not full, so it was easy to move around the ship and enjoy the sights, and shelter from the cool wind on the water.

One of my companions spoke to the Captain of the MARCO POLO and explained that we were thrilled to be able to see the ROTTERDAM, and if it was possible to go close to her on our return route then we would all be very happy and grateful to him. So this is what happened! Before that we could see where the ship had been built, various ships in port and dry dock,

Cats Flexible Packaging (miaow?), a lorry from Carpe Diem (I liked that name) delivering food to a waterside company, Radio Holland offices, and various shipping around us.

Our trip took us really close to the ROTTERDAM and we were able to take lots of photographs, and hope that one day it would be possible to come and stay on board. She was built in 1959 and that was 50 years ago, so it would be amazing to see her life extended in this way. 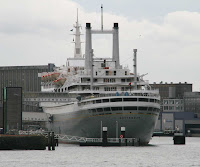 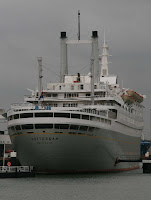 Lunch at the Maritime Museum followed, and then it was time to get the P&O bus to the ferry at Europoort for the overnight sailing back to Hull. Sitting in the bus waiting to leave Rotterdam I was able to overhear some remarks from nearby passengers. Overweight wife climbing up into the bus said to overweight husband: “I’m knackered, puff, puff, can’t wait to get home”; this was followed by “Nothing to do here, no bingo, no cinemas, no pubs”; then “They don’t seem to have leisure centres here.”; then seeing people cycling past the coach “Can’t see you riding a bike round Brighouse – the kids’d pelt you with stones”. These were silly but sad remarks I thought, as they'd obviously not noticed all the interesting sights of the city around them. When one travels, I think it is a golden opportunity to see and experience new things, and to enjoy them.

So those were some of our last memories of Rotterdam, and ROTTERDAM the ship, before we headed off to the port and sailing to Hull on the PRIDE OF ROTTERDAM. It had been an exceptional trip on MONA LISA, invoking so many memories for me, and happy times for all of us on this lovely ship.

Being in Le Havre overnight meant we could leave the ship as soon as we liked in the morning and wait for the free shuttle bus into the town, and despite being in France we had to endure a typical British Bank Holiday weekend rain shower. In town we met a friend with a small house in Honfleur, over the other side of the River Seine, who invited us to visit for lunch, so that was the next excitement.

A big taxi took us all over the wonderful river bridge into that picturesque little seaside town for a French lunch in a French house, before exploring the town amongst the tourist crowds. A favourite shop had closed since my last visit, I noticed. A local bus took us back to Le Havre town, and we decided to do the long walk back to the ship in the sunshine.

Most of the other passengers seem to have gone on excursions to Paris (with the inevitable lunch boxes) so the deserted Caribe Bar was a welcome sight for afternoon tea, followed by a rest on a steamer chair on the aft deck. Ah, this is the life.

A tasty gin and tonic in the Riviera Bar prepared us for dinner, having had another fascinating day’s port of call on board MONA LISA. The ship sailed at 8 p.m. ready to sail the 275 nautical miles to our next port of Ijmuiden in the Netherlands.

How lovely, a morning at sea in sunny weather, before arrival at 2 p.m. at Ijmuiden. I haven’t been here before so it will be interesting to see this port. Meanwhile we had time to enjoy a leisurely deck breakfast and watch BLACK WATCH sailing fairly near us heading north. Another friend was sailing on BALMORAL in the Channel at the time so it was fun to exchange text messages with him. By a great coincidence we knew that BRAEMAR was also to be in Ijmuiden, so it’s a bit of a Fred. Olsen day today.

The Pilot guided us into the port and there indeed was BRAEMAR further along the water. On the other side of our berth was a fantastically long and sandy beach, stretching along the curve of the coast as far as the eye could see. People were flying high on sand kites, and a few were racing along on sand buggies, so there was colour and activity everywhere, and we were also part of it.

I wanted to be out to enjoy it but first we had a Bridge visit, thanks to an invitation by Captain Daoutis. His Greek flag flew from the Bridge in the high wind, and we could look round and take photos to our hearts’ content – more nostalgia coming up for me. 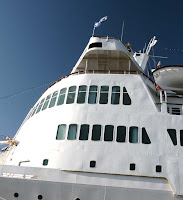 We saw the modern equipment designed to keep the ship safe in all the waters of the world, plus all the original woodwork of the flag storage, the chart drawers and tables under the front windows, the ship’s wheel, the speaking tube from the Bridge down to the Captain’s cabin (Captain Christopher Sample in 1999/2000),

the view up the white-painted mast against the cloudless blue sky, the views aft, the sliding door each side from the Bridge onto the Bridge wings with their scrubbed teak deck and varnished rails,

so there I was back on the VICTORIA’s Bridge again wearing my Centenary Voyage sweatshirt all these years later. What a weird sensation, remembering all the ‘blood, sweat and tears’ of that time

The only thing missing from the Bridge original equipment was the Beaufort Scale. I won’t ever forget that showing Force 12 against the backdrop of mountainous seas, but that’s a tale for another time. I had been on that Bridge so many times and this was probably my last visit ever, so I had a final moment of nostalgia at being on this lovely ship again, and left to collect my going ashore bits.

A brisk walk took me to the stern of the MONA LISA for an unusual view of her,
then up and over the sea wall towards the beach and the sight of her funnel appearing over the top of a row of beach huts.

Crushed shells crunched under my feet as I walked over the sandy beach towards the sea, where silvery waves were curling in gently towards me. People were in the air on sand kites, on land in sand cars, walking around the beach and admiring the endless curve of this North Sea coastline,

making sand castles and sand animals, having bare legs sand-blasted by the force of the wind, and enjoying the sunshine. I wrote in the sand, and then met up with a chum for mint tea in a beach side café.

Walking back I came across a small bust of Cornelis Vreeswijk, Troubadour (what a lovely job description) which gave his name and Ijmuiden 1937 – Stockholm 1987.

Eventually home again on the ship it was the usual evening of a social gathering and dinner, bearing in mind that we were to depart at 9 p.m. and sail overnight the 177 nautical miles back to Bremerhaven.