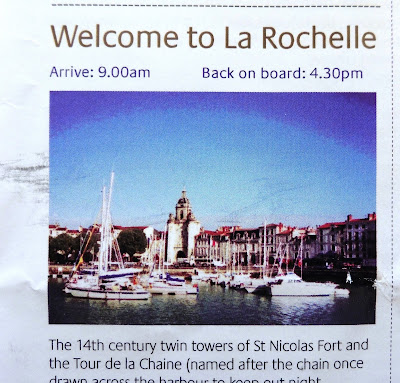 La Rochelle in the daily news 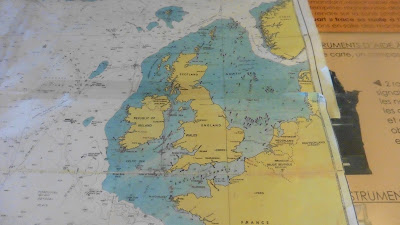 The UK on an Admiralty Chart 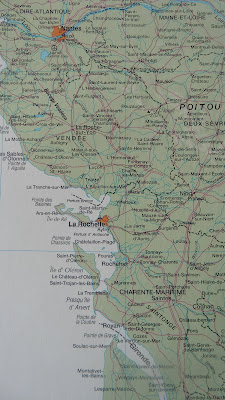 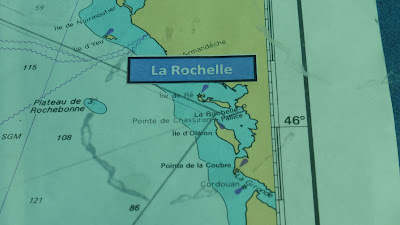 After breakfast several of us wanted to go ashore and visit the Maritime Museum, which consists of three historic ships afloat in Quai Senac de Meilhan, and so we took the free shuttle bus from ORIANA into town. It was an enjoyable walk into the Museum's Basin amongst the various buildings and after paying our entrance fees I noticed a leaflet about La Rochelle as a passenger port in the past. The top picture on the leaflet showed a black-hulled ship, called ORIANA. 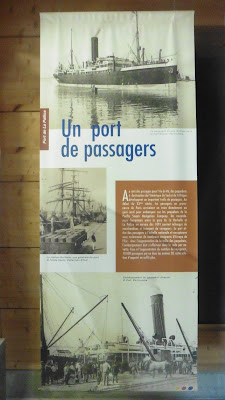 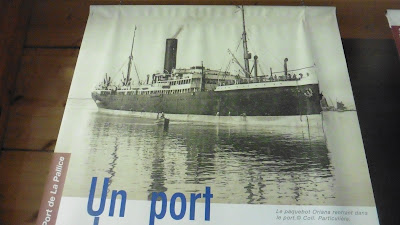 I thought that was an extraordinary coincidence, bearing in mind how we have arrived at La Rochelle, so a little research was needed. I have discovered that the ship pictured was indeed named ORIANA, and that she was built in 1906 as a screw steamer by Barclay, Curle, Glasgow, at 8086 tons. She served with Pacific Steam Navigation Company, Liverpool, to the Americas until finally scrapped in 1927. (http://www.clydeships.co.uk/view.php?ref=1597) 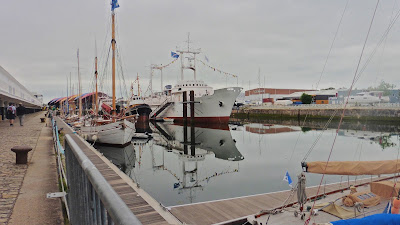 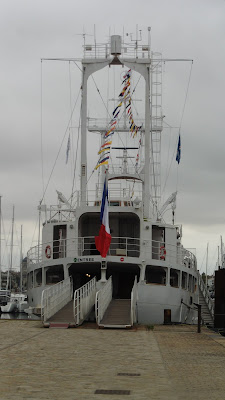 Heading for the entrance to the ship 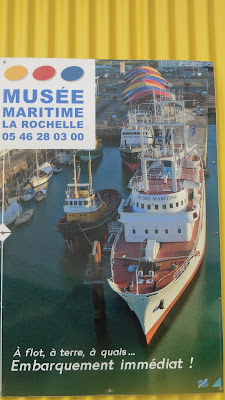 Leaflet with the aerial view

We then walked towards the Maritime Museum and the good ship FRANCE 1. She was built in 1958, and used for many years as a meteorological vessel, and it was interesting to see more details on board, including her bell and a lovely model. I enjoyed standing on the Bridge and see the chart drawers, radar etc. 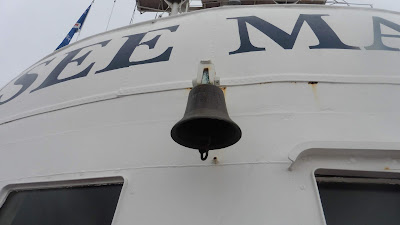 The ship's bell on France 1 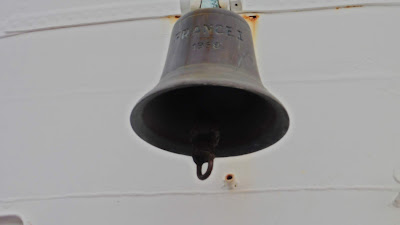 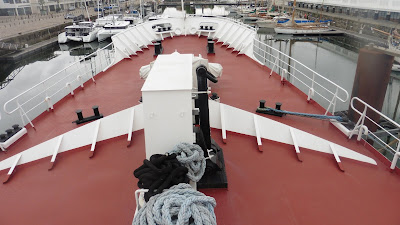 Looking down on the forward deck 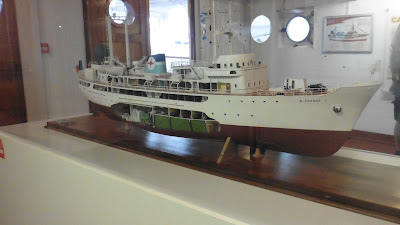 Model of France 1 on board 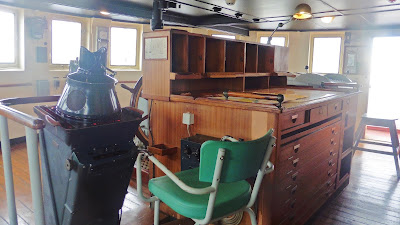 After a good look round the ship and the surrounding buildings and displays we went back to the shuttle bus and the ship. The Maritime Museum of La Rochelle had been fascinating (https://the-french-atlantic-coast.com/portfolio_page/la-rochelles-maritime-museum/)

Back on our own vessel we enjoyed a late lunch and then went on the stern tiered decks to enjoy the Great British Sailaway. Billed as an afternoon of patriotic sing-alongs with dancing and flag-waving, it was great fun to see and enjoy as we sang along and waved flags. I suppose it was all the more nostalgic as we knew the ship was not long for the P&O fleet and would soon be off to foreign climes and a very different life. 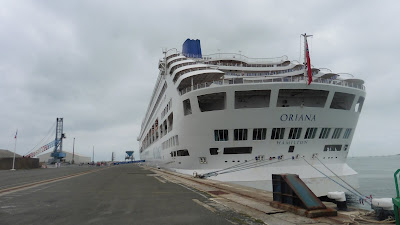 The stern view of Oriana 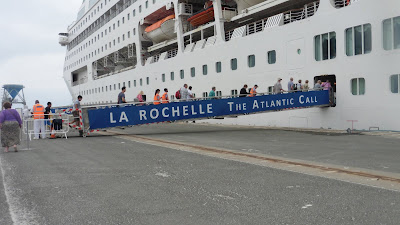 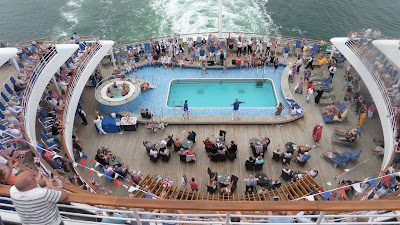 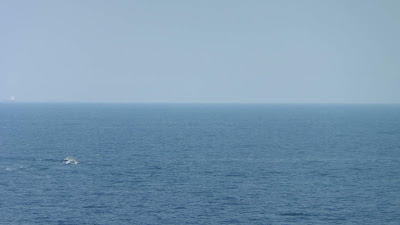 Dinner and a theatre show in the evening (Killer Queen in Concert) completed a very enjoyable and happy day.