I belong to a local History Society which covers a couple of local villages and the surrounding area. We meet monthly, with about 90 members on the books, although not everyone attends every meeting.

Earlier this year 2019 our Christmas Dinner was held in January, to avoid many other local December social occasions. About 40 of us went to a nearby country hotel on the outskirts of the villages and sat down one evening to enjoy a lovely meal served to us at circular tables. I knew several of my table companions only by sight but enjoyed the chance to get to talk to them. Conversation turned to cruising holidays, and then New Zealand, and the friend I was sitting next to started to tell the lady on my other side (I think in her mid-80s) that she had gone there many years ago to live and work. The lady on this other side had done the same but probably ten years before that. They discussed their memories of time there, although my friend had had to return home to the UK after a few months as her father had been taken seriously ill and her mother needed her.

I knew my friend (Ann) had flown out there in the 1960s but I asked the lady next to me (Maureen) whether she had flown or perhaps gone by ship. I said I was interested in ships, having been at sea as a Purserette with a major shipping line called Union-Castle Line back in the 1960s. Maureen said she had gone by ship, she thought Orient Line, in the 1950s and tried to remember what vessels. She sailed from the UK to Australia first of all, before sailing later on another ship to get to New Zealand. Having worked in both Australia and New Zealand during the years, she then sailed back to Australia and finally back to the UK. She couldn't remember the names of the ships but said she would have a look at home and let me know some time.

After an enjoyable evening we all said our good-nights and parted company.

Some weeks later I was at a History Society meeting and during the tea/coffee interval I managed to see Maureen and have a quick chat with her. She produced a little list of the ships she thought she had travelled on, back in the 1950s. She sailed from the UK to Sydney, Australia, possibly on ARCADIA, then later from Melbourne to Auckland in New Zealand on something else, possibly ORCADES. From Wellington she eventually sailed back to Sydney on ORANJE and finally back to the UK from Melbourne on FAIRSEA.

I thanked her for this information as it was interesting to hear about ships that I knew of but had never seen. Maureen then mentioned that I had told her I worked for Union-Castle Line at sea as a Purserette back in the 1960s. I said that was right. She then said that she had a friend she first met a long time ago, who also worked for Union-Castle as a Purserette, and that the friend's name was Daphne. I must have looked a bit surprised at this, and half-jokingly asked "Does she live in Dorset?". The answer was yes, which I found quite extraordinary, made me laugh, and quickly told Maureen why.

Back in the 1990s I had been involved in the Union-Castle Line Centenary Voyage planning with my late husband, who died in 1997, and several other people. In 1998 I had been to a Union-Castle Pursers Reunion, which are still held every 3 years, and met many others there that I knew. One lady offered me her uniform which she still had and was then kind enough to post to me, to my then home in another English county. I bought a dressmaker's body/dummy and the uniform had been on it since 1999, with my hat on top. The lady who gave it to me was called Daphne, and she lived in Lyme Regis in Dorset.

By the most extraordinary of life's coincidences this is the Daphne who is the friend of Maureen.

Maureen and I were both astounded at this coincidence and she said she would let Daphne know, as she had now moved from Lyme Regis to another nearby small town.

There must have been many many Purserettes employed by Union-Castle over the years and I find it amazing that I should make a new friend here - a lady with a friend called Daphne, whose uniform still lives on a dressmaker's model in the dining room of my home.

Daphne in a corner of my dining room, under a Port side light 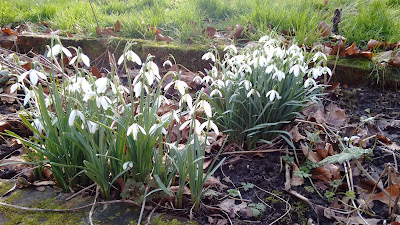