25th April 2011 Easter Monday
After a few days on COSTA VICTORIA, I disembarked in Savona, Italy, and with one of my travelling companions took the Costa bus to Nice railway station (with time for lunch at Flunch) to get a train west along the coast to the French city of Marseille. Recently publicised incidents involving train passengers from Italy arriving at the Italy/France border made us realise that the coach travel was a wise choice. An evening meal at the Blue Riband restaurant amongst nautical objects ended a long day of travel, and my small hotel in the Vieux Port area proved a good choice. Marseille had begun to work its magic.

Tuesday 26th April 2011
Today’s Marseille newspaper informed that LE BOREAL and L’AUSTRAL would be arriving in port between 8 and 11 a.m. so we set off to enjoy a day of harbour trips from a French sea-port. 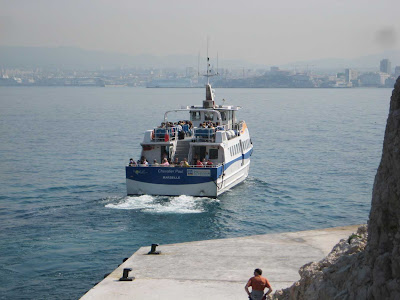 The little CHEVALIER PAUL carried us over to the 1516-built Chateau d’If under a glorious clear blue sky, ready to be tourists amongst the towers of this former prison. 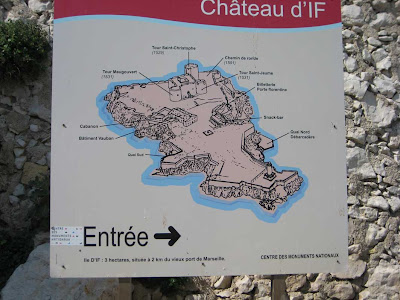 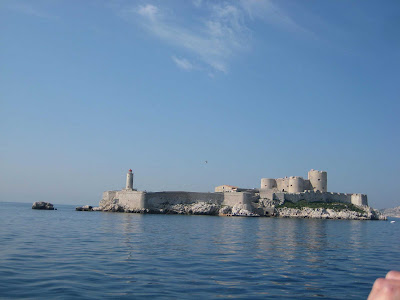 A helicopter flying overhead was the only thing to disturb the peace of the golden morning, while a ferry sailed calmly out of port. 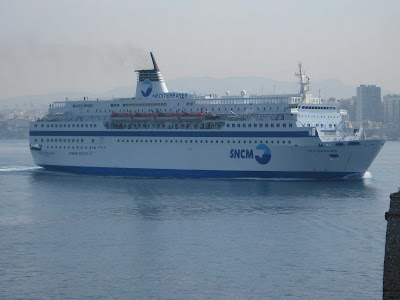 I couldn’t see a ragged rascal running round the rugged rocks (to quote an English tongue-twister) so we watched a basking lizard and thought about his ancestors. 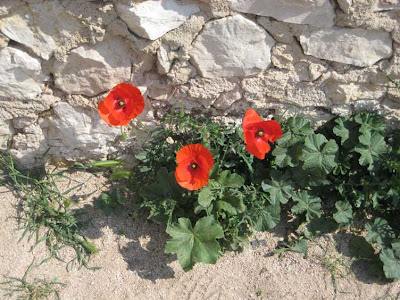 The Chateau d’If is of course known as the setting for novelist Alexandre Dumas’ story of The Count of Monte Cristo. 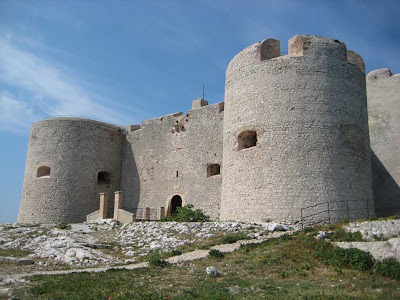 Also, not a lot of people know that a rhinoceros lived on the island for a few weeks in that year of 1516, en route as a gift from the king of Portugal to the then Pope Leo X. The animal died in a shipwreck on the next part of its journey, so it arrived in stuffed form when presented to the Pope. History does not record his reaction… 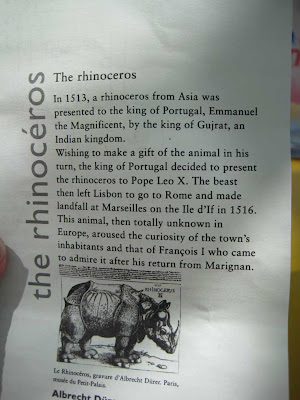 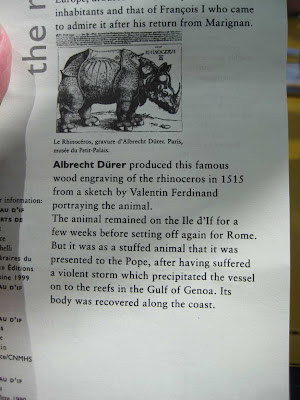 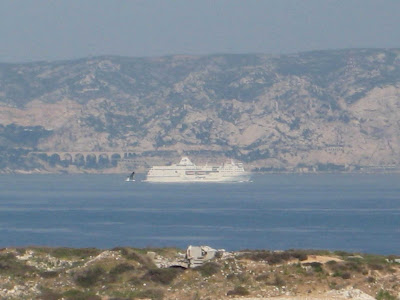 Tassili II was doing trials at the far side of the bay.

With the small coffee shop closed, it was time to take another little ferry boat to the nearby island of Frioul, with its marina, restaurants and coves. 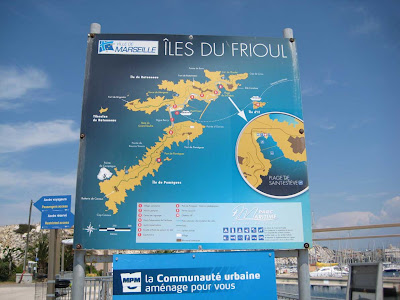 Near the landing stage we passed a wonderful, extraordinary, amazing piece of building constructed to look like a ship emerging from the rocks behind it. What fun to be able to create a home like that for oneself. 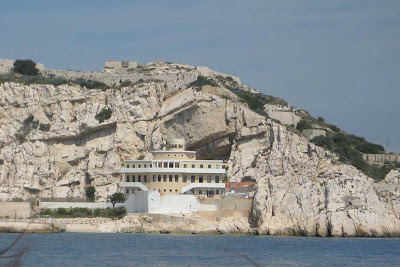 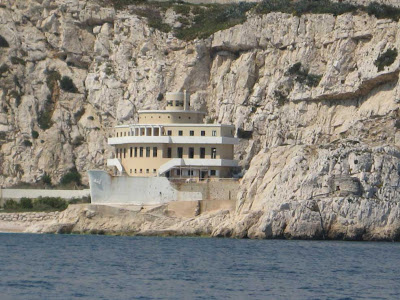 Then it was back to the port on yet another little local ferry, and on to Le Ferry Boat across the short width of the inner harbour (free) to look in the blue-painted bookshop; 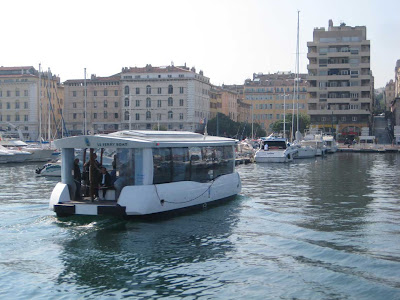 there I had to buy some picture postcards which were puns on the French word for lighthouse (phare): fan phare, atmos phare etc.

More travelling chums arrived, an ice-cream shop was found and all was well, especially with tea or beer to follow. Later still another restaurant was chosen, where we could enjoy fresh local food.