Wednesday 13th March 2019
I slept well in my delightful bedroom and enjoyed breakfast down in the Restaurant. I had time to myself this morning, as my travelling companion was arriving by train at lunchtime. I had decided to walk to the ferry terminal (Traghetti Terminale) for exercise and pleasure to see what I could see. Not a lot, was the general answer. The pavements were uneven and I had to watch my step, but once inside the public part of the building at least I could see the Arrivals and Departures boards. 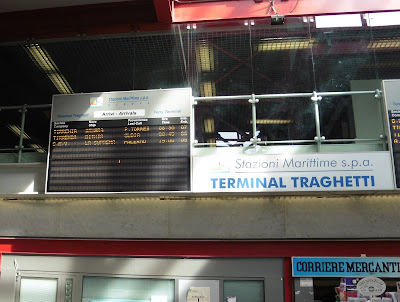 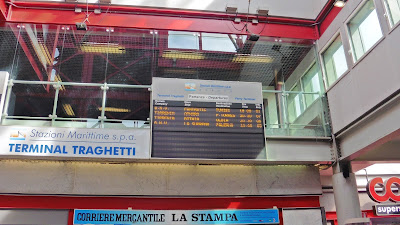 I could only look out at the ships from the main passenger terminal, and that view was through glass, and above concrete balcony edges outside the glass, but I managed a few photos. I liked seeing the list of things of things Forbidden to be taken on board: Tortoises, parrots, monkeys, chameleons etc. 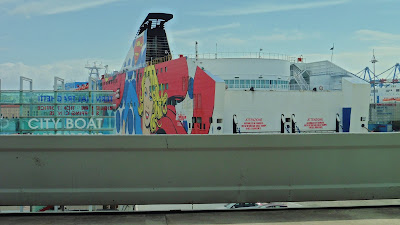 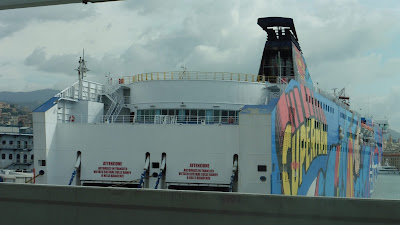 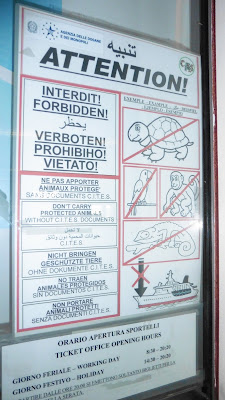 
Then it was time to walk back to the hotel to meet my friend and wish him a happy birthday for today before we set off to see some sights. His train was on time, his check in was easy, and we were soon ready to set off for the delights of the funicular as he requested, followed by a taxi ride east along the coast to the little village of Boccadasse. This visit had been suggested by the Bar Royale Steward during a chat the previous evening. A friendly local taxi driver took us to the end of the promenade near the village, and we could then descend numerous cobbled steps down to the beach and find somewhere for a late lunch. 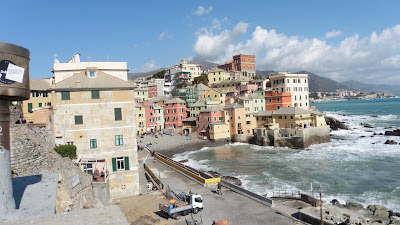 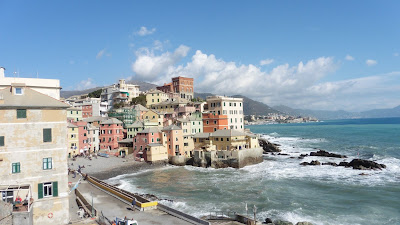 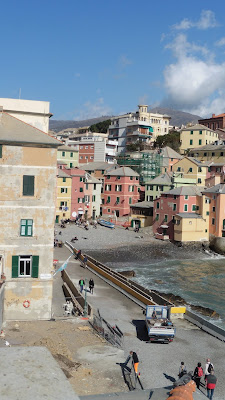 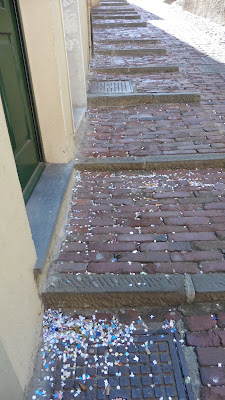 Confetti on the steps 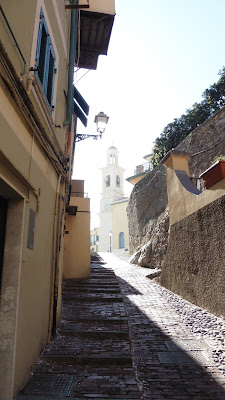 Steps up behind us


The views were beautiful around us and of the sea and the far mountains around the coastline; we could hear the sound of the sea crashing onto the rocks and beach below us before we arrived at the bottom of the steps. I saw confetti blown onto the steps outside several homes on the way down. 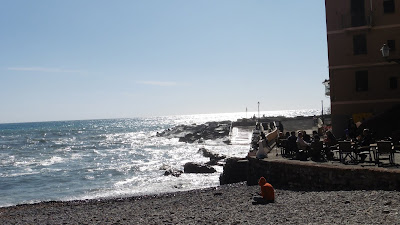 Sparkling sea and the lunch terrace 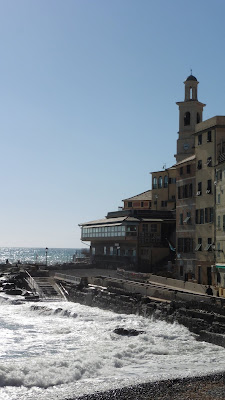 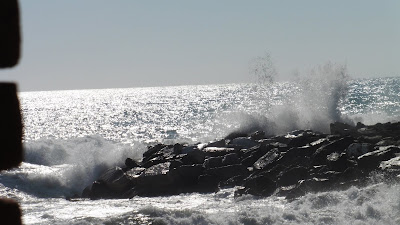 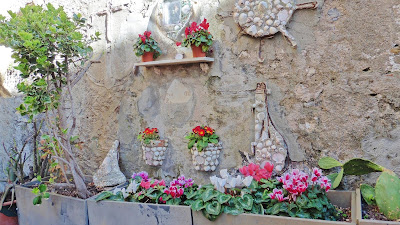 
At the bottom we decided to walk around the little beach and then up part of the other hillside, before coming back for a very late lunch at one of the beachside restaurants. We enjoyed all of that in the sunshine, but a brisk wind later sent us back up to the street-side promenade where we could call the taxi to come back for us. Out in the sea we noticed EUROCARGO SAVONA was at anchor, and then a Grimaldi vessel was sailing towards the port of Genoa. 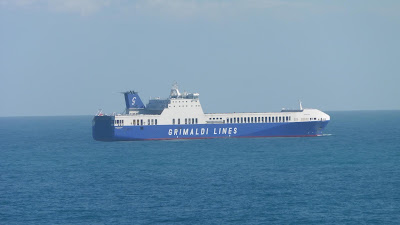 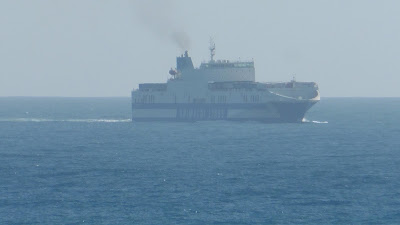 
The day ended back at the hotel with drinks and dinner and chat about the day's events.

Tomorrow is the day MSC BELLISSIMA is due to arrive in Genoa, for us to check in and sail away for 3 nights on board.