P&O decided to celebrate their 175th Anniversary with a meeting in the south of England port of Southampton of all seven of their cruise ships on Tuesday 3rd July 2012. There would be celebrations on board as each of the ships set off for various destinations, and they would leave the port in line, with accompanying fireworks. The Ocean Liner Society decided to charter the little PRINCESS CAROLINE for a trip from Ocean Village in Southampton, and a limited number of tickets were available for OLS members to be on board for the afternoon and evening, to enjoy being part of the festivities. Later news informed us that HRH The Princess Royal (Princess Anne) would be there to take the salute at a Review, on board the Trinity House Ship PATRICIA.

Monday 2nd July 2012
I went to Southampton on Monday by train. The weather was wet and horrible, as it has been rather frequently for several months now, due to the Jet Stream being over the south of England this summer, rather than further north as usual. RED OSPREY sailed into port carrying one passenger I knew, and a friend made contact and suggested meeting for dinner, so I enjoyed the rest of the day very much. The rain continued. 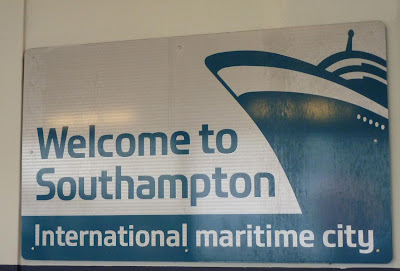 Tiles at the Station

More tiles at the Station 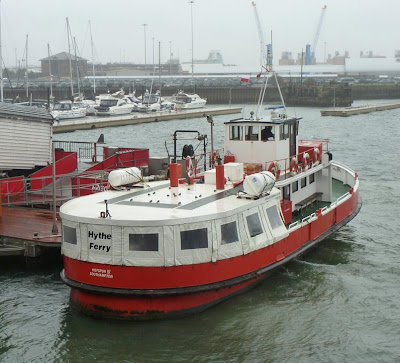 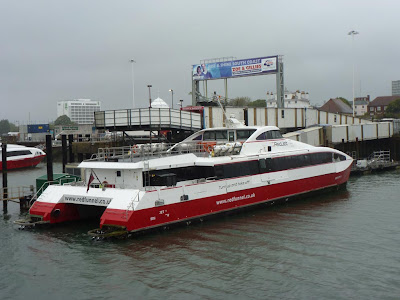 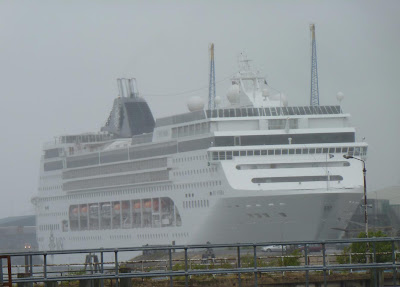 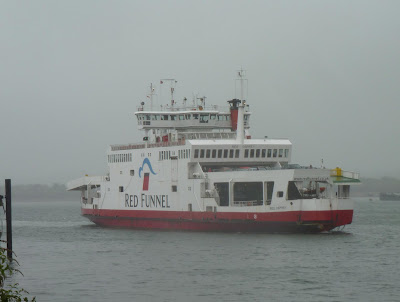 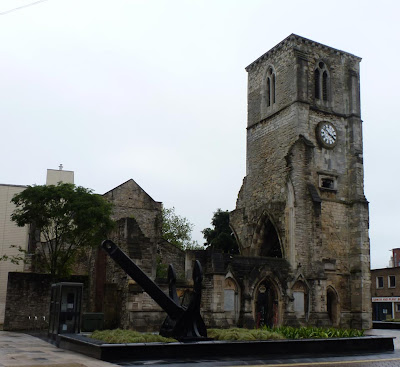 Remains of the Merchant Navy church with an anchor from QUEEN ELIZABETH 2 in front of it.

With a free morning ahead, there was time to make a trip to the Isle of Wight and back. Leaving the port of Southampton on board RED OSPREY we could see the P&O ships through the rain, which was an amazing sight. We could see VENTURA, ARCADIA, AURORA, ORIANA, ADONIA, OCEANA and AZURA. 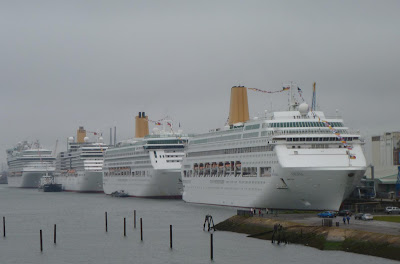 4 of the 7 ships in port: Ventura, Arcadia, Aurora, Oriana 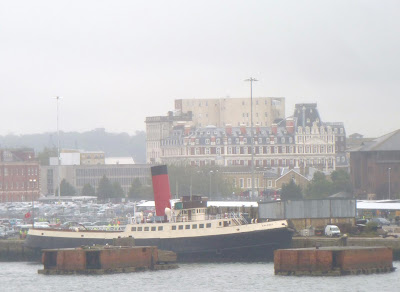 Calshot through the rain 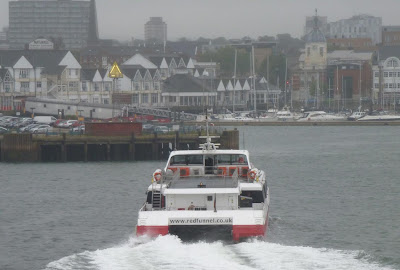 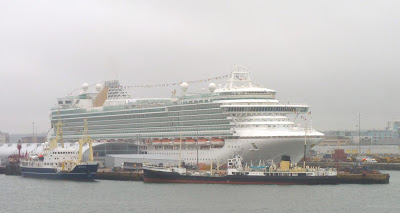 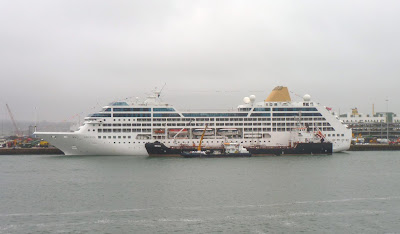 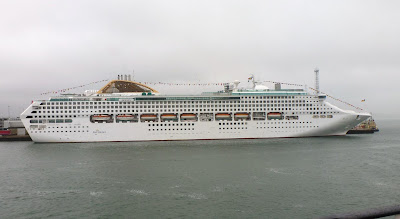 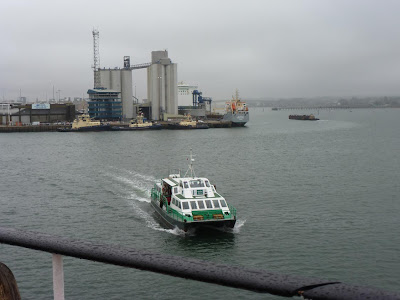 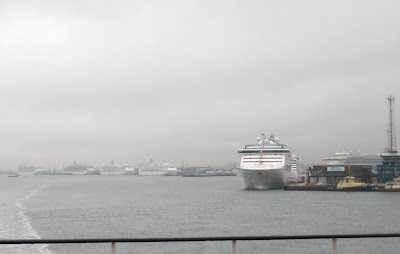 All 7 of the ships: Ventura, Arcadia, Aurora, Oriana, Oceana with Adonia just behind, and Azura

Visibility in the middle of the hour-long journey to the Island was poor. On arrival in East Cowes there was time to take the chain ferry across to West Cowes (six minutes), walk a little, then get the ferry back again. We timed it so we could take a different ferry back to Southampton - RED FALCON this time - together with an overseas-based OLS friend.

There was time for lunch, before heading to Ocean Village to join PRINCESS CAROLINE at 3 p.m.

With 101 passengers on board, the ship sailed at 3.30 p.m. and these are some of the pictures I took during the afternoon and evening. It rained almost constantly but it was a wonderful occasion with unforgettable memories. 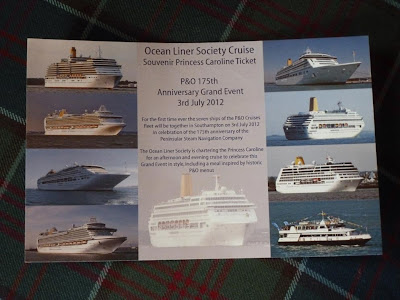 Invitation, including the P&O ships and Princess Caroline 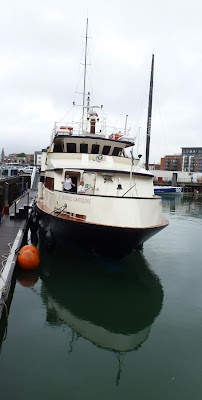 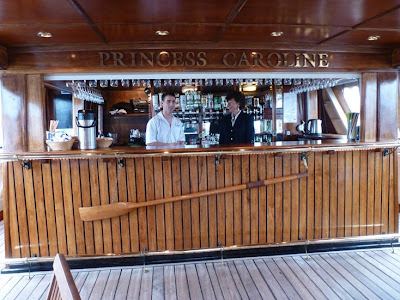 One of the bars on board 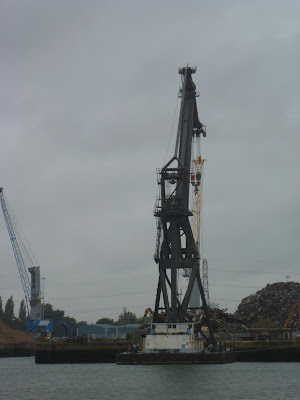 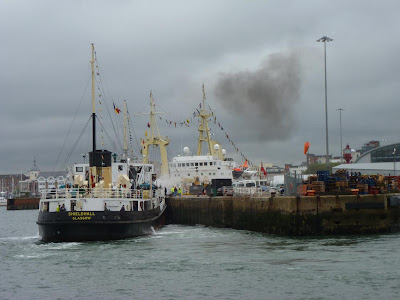 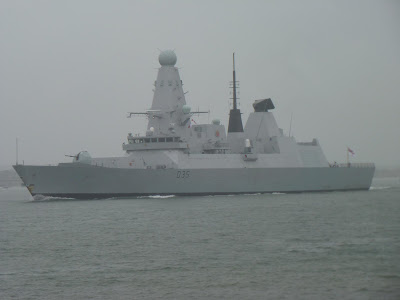 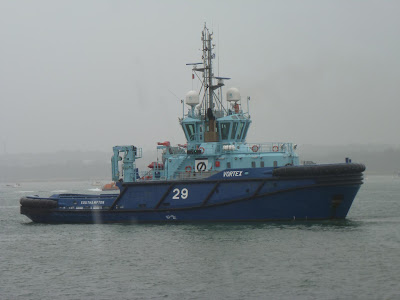 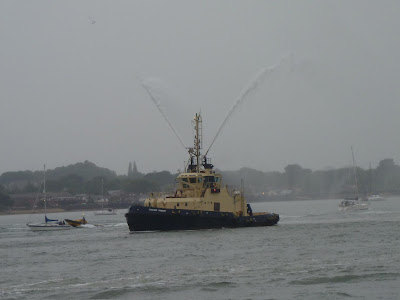 Svitzer Surrey was one of the fire boats spraying water 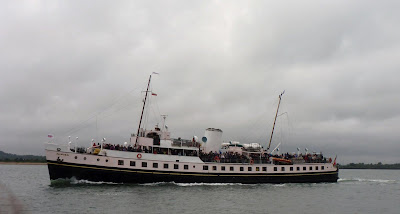 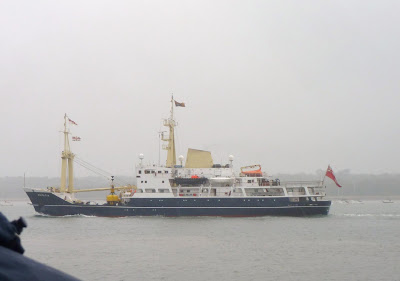 THS Patricia dressed overall, with HRH The Princess Royal on board to Review the ships and take the salute 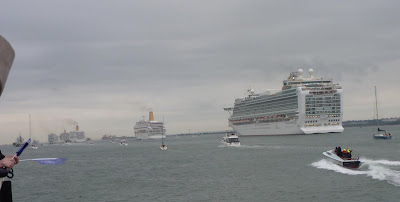